After The TCA Opens, Only One Person from Singapore Enters Batam Batam - Since the enactment of the Travel Corridor Arrangement (TCA) between Indonesia and Singapore, access between the two countries has begun to open. One of the designated international gates is Batam Center International Ferry Port.

TCA applies specifically to important travel such as business and non-tourist purposes. However, currently, only one person has entered Batam from Singapore.

Even so, Syamsul revealed that there were quite a lot of those who had registered themselves, and were still in process. The number of TCA visits is still far from the quota set, which is 300 people a month.

According to him, the TCA requirement, namely the implementation of the swab test twice, was a factor in the small number of visits.

"They have to pay for two swab tests, spending Rp2.9 million for it. It must be a consideration, "he said.

Syamsul added, his party always reports the progress of the TCA to the Indonesian Ministry of Foreign Affairs (Kemenlu).

His party also ensures that the services provided are in accordance with health protocols. In fact, hotels, travel, hospitals, medical personnel are also on standby mode.

"I report to the Ministry of Foreign Affairs every day about this development. Checking the preparations every two days. We have maximized," he said. 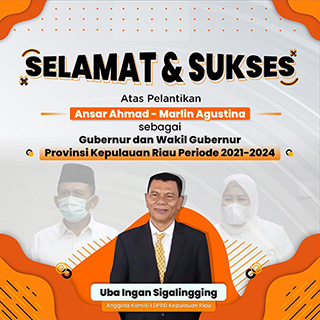